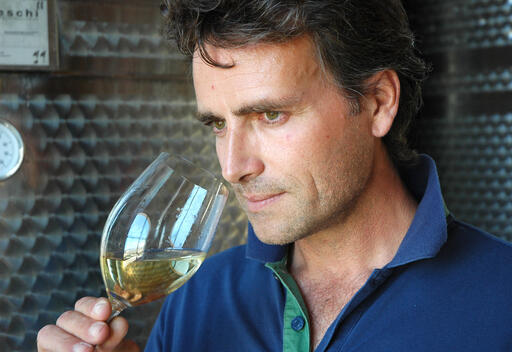 Brothers Gunther & Klaus Di Giovanna actively manage the organic viticulture of the 5 estate vineyards and the organic winemaking process. As 5th generation viticulturalists, they were raised in the family vineyards, beginning the grape harvest at the early age of 8 years. In the 1980's when their parents reconsolidated the family property and replanted the vineyards, they began their journey towards quality viticulture and then winemaking.

In 2003 they decided to fully dedicate their time to the family property and build the wine cellar.

In 2004 the first vintage of estate produced and bottled wine was made. From the birth of the winery, Gunther and Klaus focused on the native Sicilian varieties that were best suited to their territory, like a 100% Grillo, today named Vurria and a rosato made with 100% Nerello Mascalese.

The Di Giovanna brothers were assisted by consulting enologist Riccardo Cotarella until 2006. From 2006 until 2010 the winemaking was overseen by a French wine consultant. From 2009 until 2012 enologist Carlo Tambussi managed the in-house winemaking.